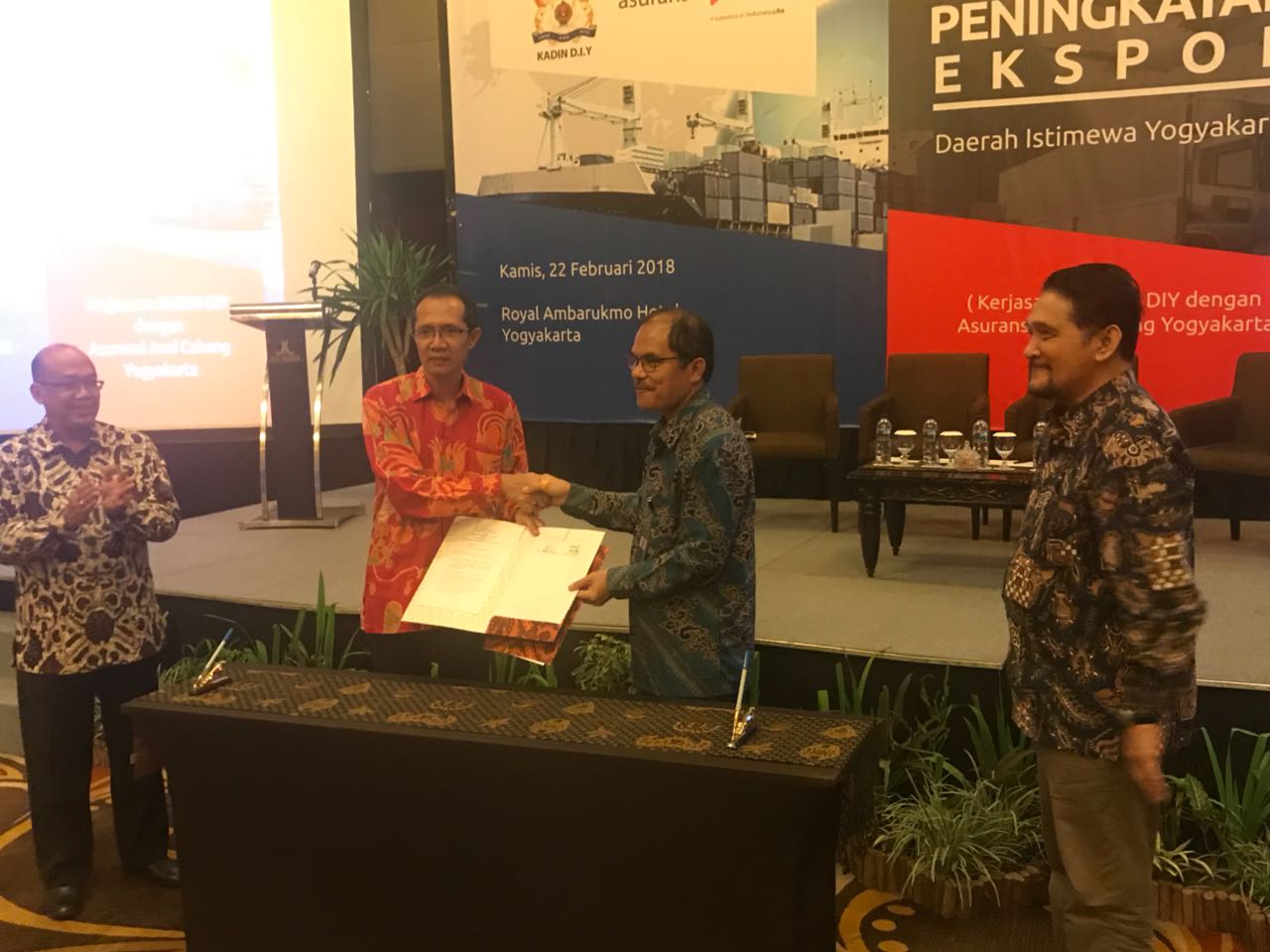 Yogyakarta – One of indicators of the improving economy of Indonesia is the increase in trading transactions. This condition generates positive response to both export and import trades. For this reason, Asuransi Asei in cooperation with Indonesian Chamber of Commerce and Industry (KADIN) of the Special Region of Yogyakarta (DIY) held a socialization titled “The Increased Export of The Special Region of Yogyakarta”.

Both parties also signed a Memorandum of Understanding (MoU) on the Regional Export Development of The Special Region of Yogyakarta represented by Acting President Director Asuransi Asei, Riduan Simanjuntak, and Vice Chairman of KADIN DIY for Organization and Membership Division, HR Gonang Djuliastono.

This MoU is purposed to support the efforts of non-petroleum export development and to strengthen the competitiveness of export products in DIY with export-oriented companies as the target.

This event is held on 22 February 2018 at Royal Ambarukmo Hotel Yogyakarta attended by Representatives from the Municipal Government of the Special Region of Yogyakarta and the industrial export players within the territory of DIY and its surrounding area.