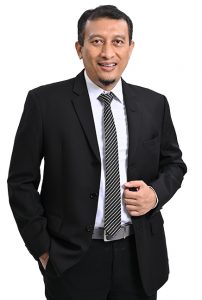 Born in Jakarta in 1972. Obtained a bachelor’s degree in Agricultural Industrial Technology from the Bogor Agricultural Institute in 1995. Started his career as a Management Trainee by handling Engineering and Surety Bond underwriting, then served as Head of the Treaty Department, Head of the Facultative Marine & Various Department and Head of the Department Marketing, Head of the General Reinsurance Marketing and Administration Division at PT Reasuransi Indonesia Utama (Persero). Starting January 7, 2021 he serves as President Director of PT Asuransi Asei Indonesia.

He is active in the organization at the Indonesian General Insurance Association (AAUI) as a member of the Surety and Credit Insurance Department and as a Department Head in the Agency Department. He has served as Chairman of the KSCBI Technical Committee since 2012 and has been the Manager of the KSCBI Pool. Teaching Surety Bond and Contra Bank Guarantee and Engineering to insurance companies. In 2016 he was appointed as a Commissioner at PT Reinsurance Sharia Indonesia and ended when he was appointed as President Director of PT Asuransi Asei Indonesia. 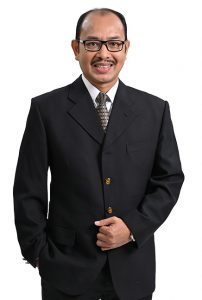 Born in Tarutung in 1971, earned his Bachelor’s degree from Universitas Padjadjaran in Bandung and Master’s degree in Management from ABFI Institute Perbanas Jakarta. More than 20 years of insurance experience with specializations in reinsurance, marketing and financial insurance. Before joining Asei, he also had a career in Central Asia Insurance, Vitasia Ltd. HK and Samsung Tugu Insurance with specialization in reinsurance. Before taking up his current position, he was entrusted with holding several positions such as the Head of the Treaty Division, the Head of the Reinsurance Division and concurrently the Corporate Secretary, Head of the Jakarta Main Branch, Head of the Marketing Division and Trade & Commercial Group Head.  Some of the certifications currently held include AAAIK, ANZIIF Associate, CRMO, CRMP and CRGP-GIRMA. He currently holds the position of Technical Director PT Asuransi Asei Indonesia. 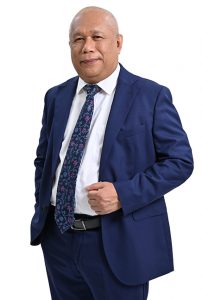 Born in Serdang Bagadai, North Sumatra in 1971. He graduated from Universitas HKBP Nommensen majoring in Accounting in 1995, and continued his study at Universitas Indonesia in 1999 with a major in Business Administration Policy Studies. He started his career with PT Reinsurance International Indonesia in 1996 as a staff. He has served as Risk Management and Strategic Planning Division Head and also serves as Commissioner in PT Asuransi Asei Indonesia since 17 November 2016. He also holds a variety of certifications including: QIA (2000), AAAIK (2005), AAIK (2008), CIP (1997), ICPU (2009), AAIS (2010), CPLHI (2010) and ICBU (2013). Now, he as Marketing Director of PT Asuransi Asei Indonesia.