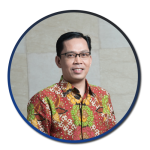 Born in Bandar Lampung, a graduate of the Faculty of Law of Universitas Lampung majoring in Business Law and then completed his Master of Notary Program in 2018. He  earned his Advocate professional title from PERADI in 2011. He joined Asei in 2001 and once served as Legal Department Head, Planning and Development Department Head, HC Department Head, Corporate Development Division Head. In 2014 he was a member of the  Formation Team of Indonesia Re (Reasuransi Indonesia Utama), and currently serves as Chief of Corporate Secretary. 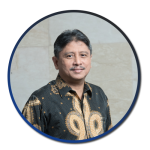 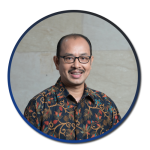 Born in Tarutung in 1971, earned his Bachelor’s degree from Universitas Padjadjaran in Bandung and Master’s degree in Management from ABFI Institute Perbanas Jakarta. More than 20 years of insurance experience with specializations in reinsurance, marketing and financial insurance. Before joining Asei, he also had a career in Central Asia Insurance, Vitasia Ltd. HK and Samsung Tugu Insurance with specialization in reinsurance. Before taking up his current position, he was entrusted with holding several positions such as the Head of the Treaty Division, the Head of the Reinsurance Division and concurrently the Corporate Secretary, Head of the Jakarta Main Branch and Head of the Marketing Division. Some of the certifications currently held include AAAIK, ANZIIF Associate, CRMO and CRMP. He currently holds the position of Trade & Commercial Insurance Group Head. 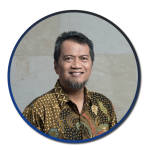 Born in Bandung in 1965, he graduated from the Faculty of Economics, Universitas Andalas, Padang. Started his career at Asei in the Head Office’s Other Business Unit in 1992. He as experience both in operations and supporting with work placements including as Investment Department Head, Head of Pekanbaru Branch, Head of Medan Branch, Export Insurance Department Head, Head of Jakarta Cabanag 2, Export and Credit Insurance Division Head, Head of Main Branch, Head of Tangerang Branch, and Credit & Guarantee Insurance Division Head. He currently holds the position of Risk Management & Compliance Group Head. 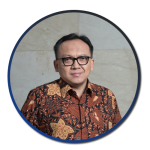 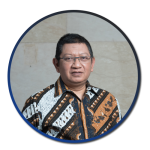 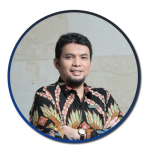 Born in Medan in 1977, graduated from the Faculty of Economics of Universitas Sumatra Utara, majoring in Accounting, in 1995. He joined Asei since 2001 at the Medan Branch Office as Administrative and Financial Staff. He once served as  dministration and Finance Department Head, CRM Department Head, and Engineering and Marketing department Head at Medan  ranch Office. He also served as Head Office’s Accounting Department Head and in 2012 was appointed as Finance and Accounting Division Head. In 2014 he was a member of the Formation Team of Indonesia Re (Reasuransi Indonesia Utama) and once served as HC and General Affairs Division Head. He currently holds the position as Finance and Supporting Group Head. 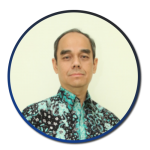 Born in Jakarta in 1968, graduated from Trisakti University Fakusltas Ekonomi in 1992, before joining Asei, had worked at PT.Philips Ralin Electronic Jakarta. He joined ASEI in 1993 at the Business Information Service, Directorate of Export Insurance, was the head of the Asei Balikpapan Branch, Asei Tangerang and Asei Jakarta 3, and the Head of Marketing of the Jakarta Main Branch Office, currently serving as Business Development and Marketing Distribution Group Head ( BDMD).